Ascender is a Mountaineer and former moderator at the Basecamp 33 Forum.

Ascender is a leaderly, mature individual. As one of the only remaining '94 Mountaineers, he was the de-facto leader of the new millennium Mountaineers. Although he is loyal and caring to his friends, Ascender is willing to make big sacrifices if it means doing the right thing. A Weatherwatch to the core, he has spent most of his life traveling, and hasn't staying in one place for long since the '94 Mountaineers were almost entirely wiped out.

Ascender was one of the original Mountaineers, joining an online message board in the '90s. During his time in the Mountaineers he encountered Orvin Wallace and Sullivan Green[1], who Orvin referred to as "fans of books that Ackerly Green had published." During this time, the original Mountaineers had acquired the Book of Briars and had been unlocking fragments. At the twelfth fragment, something came for the Mountaineers, decimating all but Ascender and Augernon, who survived but was left a shell of his former self[2].

In the years after the original Mountaineers were destroyed, Ascender wandered from place to place to avoid the same fate as his friends. During the years leading up to the rediscovery of the Book of Briars, Ascender found and recruited the "core" mountaineers - Itsuki, Bash, Endri, and Eaves[3].

After finding the Book of Briars website and recreating Ackerly Green's Guide to Magiq, Ascender made the decision to post the Guide online and seek help from new recruits by creating the Basecamp 33 Forum. Ascender created the first post 'Basecamp's Beginning: The First Post" - which introduces the Book of Briars, the Mandela Effect, and the Mountaineer's reasons for seeking the Lost Collection.

Shortly after kickstarting the Basecamp, Ascender tracked down the heir of Ackerly Green Publishing - Deirdre Green[4]. Poring through her blog posts, he noticed the post about Sullivan Green's remains and approached her on Instagram about taking photos of the book she was left[5]. The page Deirdre posted started Fragment One.

After Fragment One, Mountaineers were unable to get in contact with Ascender. He disappeared, seeking a way into the United States without going through border control or having legal documents. He made his way to Maryland where he spoke with his friend Augernon. Although Augernon was left a husk from the storm that destroyed the '94 Mountaineers, he became himself in his sleep. Sleep-talking to Ascender, Augernon was able to communicate the fact that him and the core Mountaineers were not meant to solve the Book of Briars, but to pass it down to the new generation as guild-masters. Ascender took this to heart and posted "You are Mountaineers" on the Basecamp site.

After this, Ascender left the Mountaineers, saying he "followed the butterflies and found a new path. A path I can't climb with you.[6]" Abandoning the Basecamp, Ascender left with one final message:

While recruits communicated with Augernon in the past, they were able to learn more about Ascender's history with the Mountaineers. Augernon noted that, as Mountaineers had started missing, Ascender had gone looking for them. He had found the contact information for a girl in Missouri, and had tracked her down. Ascender tracked down Missouri, who had lost all her memories of magiq. However, after Knatz arrived from Chicago to assist Ascender, the girl - called 'Missouri' by Augie - woke from a dead sleep and said she wanted to show them the truth. According to Augie:

After the incident with the missing mountaineers, Ascender disappeared when he awoke from the hospital. In her private journal, Knatz noted that Ascender was "AWOL" and unable to help her pursue information on the next fragment. Later, when the Storm was closing in on the Mountaineers, Augernon decided to try a last ditch effort to save them all by making them forget magiq existed. To do so, he rallied all the remaining Mountaineers, having Tinkerdown reopen the forums and trying to gather as many people as possible. Augernon had acquired a coin that he claimed could protect them from the Storm until they could perform the spell. Ascender, however, was aware of what the coin could do. They could mask a person from far off forces, maybe shield someone up close momentarily, but they couldn't protect dozens of people at a time from something like the Storm. Ascender tried to reach them in time, but he was too late. He learned that the spell was real, and it had worked. Augie had cast something else on the Mountaineers who showed up. It channeled all harm that would be done to them, to him. He bought them time to forget, by sacrificing himself. It wiped him away completely. The Mountaineers walked away not remembering anything, and the storm thought it did its job.

In Fragment Fifteen, the modern day Mountaineers were able to communicate with Ascender on the old forum. Ascender reached out, trying to find anyone who had not participated in the spell or otherwise been taken by the Storm. The Mounties responded that they were still there and didn't know what had happened to Augernon, and Ascender filled them in on what he saw. When the Mountaineers asked him for help on fragment fifteen, he said that he didn't know what was going on with it, but he had a plan to someday stop the Storm. Ascender had realized that a poem from early in their complication three had been half of The Lantern of Low Hollow. He was able to use the spell to listen in on the Storm. Ascender continued luring out the Storm so he could learn more from it, trying to get an edge in the fight. However, at one point he cast the spell while his laptop was open to the Mountaineers Lodge, and he was able to reach through time to hear the thoughts of the Mountaineers. He realized that they were not quite who they said they were, so the Mountaineers came clean and admitted that they were from the future. The Mountaineers asked Ascender for his half of the Lantern spell. Ascender, realizing the future was where things would changed, decided to give up the spell. Realizing that, if he ever succumbed to the Storm, he would give up their plan, chose to forget about the future Mountaineers by using the memory erasing hex on himself. He forgot them, but he remembered the '94 Mountaineers and Augernon. Ascender ended his final messaged by wishing the Mountaineers luck, telling them to unlock the Book for all of the '94s.

While the Mountaineers faced the Storm, Knatz dealt with the Monarchs together with Ascender. The pair had used the chaos as an opportunity to lead a mutiny against the more conservative forces of the old houses. They won, but the result was that Monarch's Mountain was in shambles[7]. 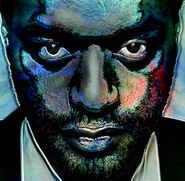 Concept image for Ascender
Add a photo to this gallery

Retrieved from "https://magiq.fandom.com/wiki/Ascender?oldid=2345"
Community content is available under CC-BY-SA unless otherwise noted.