Augernon was a '94 Mountaineer and close friend of Ascender.

Augernon was the resident Ebenguard for The Mountaineers before the lie of this world destroyed his mind. According to Ascender, "the same “thing” that came for the other '94s came for him. Twisted his mind. He’d seen more of the truth than anyone else, and it’s like someone went in and tore it out of him, leaving half a man behind. One day he was the sweetest guy I ever met, father, husband, friend… The next day he was a ghost" [1].

Having been twisted by the forces determined to keep magic at bay, Augernon slips in and out of lucidity. Despite this, he still has some perception of himself in his dreams, an area where magic could not be destroyed.

Augernon is one of the two remaining members of the '94 Mountaineers who managed to survive the entity that seeks to destroy all magic. Prior to the extermination of the Mountaineers, he had a wife and sons. Unlike Ascender, who was able to escape the entity by never staying in one place for very long, Augernon was forced to confront the entity. Having seen "more of the truth than anyone else," his entire sense of self was destroyed, leaving behind a shell of a man.

In the last number of years, Augernon had spent his life in a Maryland mental health facility. Ascender had visited him a number of times, sometimes being remembered by the man, but Augernon never had any memories of the Mountaineers or what they did.

After the events of Fragment Three, Ascender went to visit Augernon, who began to remember his past after falling asleep. Augernon told him that the older Mountaineers were not meant to solve the fragments but to help recruits. Each of the six remaining Mountaineers (Augernon, Endri, Eaves, Bash, Itsuki and Ascender), were meant to be guild masters who would usher in a new age. When the other Mountaineers attempted to contact Ascender, he stated that "There are wheels turning in the shadows. Augernon showed me. A machine churns in the dark places of the world. Growing in size and power. An old machine that wants to separate us. Crush us. We are at war. A war I've been too blind to see until now. You have work to do, I have a war to fight" [2].

During Fragment Eleven, Aether posted a number of links onto the Kemetic Solutions website. On the page 'Free,' Aether mentioned that he needed to find the 18 gates but to do so, he needed to find 'Sanvig' first[3]. On the page, a number of the words had hidden letters and, when compiling these letters, realized they formed a bit.ly link[4]. At first Mountaineers thought the link was random, as it lead to a kindly looking doctor[5]. Reverse image searching took them to a website called Go-Getters - a mental health facility in Maryland, but they could find no clear connections[6]. However, Martin Rank soon interjected to note that the website was not random and that he had tried contacting them before. Go-Getters was the same mental health facility where Augernon was staying[7]. Marty had tried to reach him before, but had never made it past intake because he did not know Augie's real name[8].

Realizing Aether was trying to reach out to Augie, Marty volunteered to travel to Maryland and ask him some questions. Aether acquired the Consolatory Teatime for Misplaced Memory spell from The Lost Athenaeum and he and Marty, together with recruits, were able to bring the old Augie back. Electronics were prohibited in Go-Getters, Marty used a pen and paper to record their conversation:

After the Consolatory Teatime spell wore off, Augernon experienced a seizure and Martin was pushed out of the room, choosing to flee from the scene. Marty attempted to contact Augie's family, but was unable to reach them. [10]. Augie's status is ultimately unknown.

Augie was encountered again in the road to Fragment Thirteen, when recruits found themselves with a message prompt on the Fletcher Dawson website. Augie revealed that he was from 1998, and that he and the '94 Mountaineers were using an email chain after the forum had been destroyed by The Churning Storm. Modern day recruits, not wanting to break the time stream, kept things vague and said they were another group of Mountaineers. Augie told recruits that people needed to be vetted by Tinkerdown, the welcoming committee, otherwise they'd have to wait for the Book emails. After bonding with one of the recruits, Augie decided to see if he could share information with the group and, when Tink didn't reply, he sent the information on, assuming it was a "soft yes." He also told recruits that he and the other Mounties had been receiving materials from the Ackerly Green offices from someone by the name of Benefactor. Augie served as a go-between for past and future Mounties, as they figured out the clock puzzle. While waiting to hear the results, Augie told recruits about his grandfather. He told Augie that the good guys won the war, but he learned later that the bad guys had already conquered the world and they never even knew it. He also told him "'they' hide in a palace made of doors. That’s where they rule from. They watch us from behind the doors. Waiting."

After solving the fragment, a recruit sent Augie the Consolatory Teatime spell, telling him that they had used it on a friend. In his response, he told recruits that he had grown up hearing stories of the palace made of doors and the lost battle for magiq. It had toughened him up, and he had brought that knowledge with him off the mountain. It had driven him to search for magiq his whole life. Augie went back to the mountain to see his father and his grandpa, telling Mountaineers he would bring a can of beer for his father, and a tin of tea for his grandpa.

In Fragment Fourteen, Knatz relayed what Augie had said to her after the trip to the mountain. He had successfully performed the spell on his grandfather, who had told him stories of the proto-Mountaineers during World War II. Augie's grandfather and his friends had their memories wiped by the Storm, and he had escaped with only fragments of his memory. It was too painful for him to remember, so he stored what object he had from that time in his floorboards. Augie went through them and found a Nazi spellbook with a "bastard hex" with a spell that could hide people from the Storm, in exchange for erasing their knowledge of magiq. Augie had Tinkerdown restore the forum and rallied what was left of the Mountaineers to perform the spell. He also gave Knatz a coin from his father, that he said could buy them enough time to hide from the Storm before it broke. However, in Fragment Fifteen, Ascender told Mountaineers that he knew how the coin worked, and that it couldn't shield a dozen Mountaineers at the same time. The Mountaineers who performed the hex were successful, but the Storm arrived to claim them. To protect them, Augie cast a spell to channel all harm to him, sacrificing himself and leading the Storm to believe it had done its job of erasing their minds[11].

After The Monarch Papers Edit

During Marty's post "A Quick Check In," Marty mentioned that the Storm's victims had not recovered, but that Aether was scouring the Low in search of a cure[12]. Augie's fate in the present time was left unknown, but given that Augie sacrificed himself to the Storm, it can be assumed that he has not recovered from the Storm's effects.

The image that lead Mounties to Augie 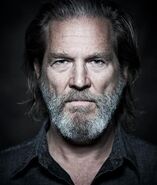 Inspiration for Augie
Add a photo to this gallery

Retrieved from "https://magiq.fandom.com/wiki/Augernon?oldid=2071"
Community content is available under CC-BY-SA unless otherwise noted.