Bash is a Mountaineer and moderator at the Basecamp 33 Forum.

Bash is one of the most quiet members of the Mountaineers, mostly sticking to the background unless called by someone. They make sure that the site is running properly. Despite this, they can be very silly, such as adding a tin-foil hat emoji to the Basecamp[1].

Bash is one of the core Mountaineers who was recruited by Ascender. Although Bash has rarely appeared after the creation of the Basecamp site, they did announce the opening of the Basecamp 33 Forum in "The Basecamp Forum is Live." Bash has appeared from time to time to confirm strange changes to the forum, such as the appearance of the Book of Briars leader account[2] and checking the IP addresses of suspicious accounts[3]. 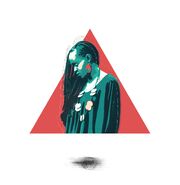 Concept image for Bash
Add a photo to this gallery

Retrieved from "https://magiq.fandom.com/wiki/Bash?oldid=1443"
Community content is available under CC-BY-SA unless otherwise noted.