Portencia is a young adept girl who was captured by Kemetic Solutions[1].

Portencia is a young girl, seemingly withdrawn from the cruelty she experienced from being kidnapped and tortured by Kemetic Solutions. According to Teddy, she was close with Climber, who she saw as a mother-figure. Portencia's mind was eventually broken after a "coercion session" by Kendrick, an employee of Kemetic Solutions, and pieces of her mind were embedded in the minds of those she’d reached into.

Portencia is a young adept who was born with the ability to the past, present, and futures of the minds she reaches into. She was raised by her biological father, who was also an adept, and his partner. Her father taught her coping mechanisms for her powers, allowing her to live a relatively normal life.

At some point in time, Portencia was spotted by Theodore Fallon and recognized as an adept. She was kidnapped and Kemetic Solutions performed unnameable horrors on her two fathers. Portencia cried for days upon her arrival in the underground facility. Although Teddy promised she could go back home some day, Portencia reached into his mind and realized that this was a lie and that she had no home to go back to.

While at the underground facility, Portencia was put through numerous trials and tests of her abilities. She underwent "coercion sessions" in order to make her more willing to use her powers. After many sessions, Portencia was eventually "broken" by an employee named Kendrick. After the session, Kendrick remained shell-shocked, only able to repeat Portencia's home address. Teddy soon realized that Portencia herself was also broken, her mind fragmented and pieces embedded into the people whose minds she had touched.

Throughout Phase Three, it was revealed that Portencia had left her fragmented memories in a number of places. One was found by Aether and posted on the Kemetic Solutions website, another was hidden with The Last Oracular Eye[2], one with Martin Rank[3], and another with Teddy.

During Aether and Martin Rank's attempt to break into Kemetic Solutions on May 31, Marty was nearly trapped by Teddy, who revealed that a fragment of Portencia had never been inside Kendrick. Rather, the fragment was inside of Teddy the entire time. Martin encountered Portencia with Climber in the underground facilities. Portencia knew Marty had come to save them, having previous embedded a fragment of her memory inside of him, so she reassured Climber that he meant well. Unfortunately, Marty was unable to rescue Portencia and the others, as the Storm arrived to attack Kemetic Solutions. In response, Portencia asked to be taken to the chair so that they could escape. Alison resisted, stating that Portencia could die by using the chair, however she eventually was convinced by Portencia that it was their only option. While Aether stayed behind to buy Portencia some time, Alison and Marty took her to the chair. Portencia, not having all the pieces of her memory, believed she could not use her powers, but Alison comforted her and assured her that she could control her powers. She told Portencia that her power was not scary, but a gift, and told her to peer into the future and see the safe space she had created in her drawings. Portencia opened up the door to the future and took Alison with her, while Martin ran back to save Aether. However, the livestream cut out as the storm arrived, leaving the fates of Portencia and the others unknown.

After the Storm overtook Kemetic Solutions, Portencia's fate was unknown, until Martin came out of hiding to speak to the Mountaineers[4]. He revealed that Aether, Portencia, and Climber were safe together, hidden from the Storm. Portencia had brought them into the future that she saw. They were using a magmystic token that was gifted to Marty to hide from anything magimystical. Portencia remained in hiding for the remainder of Phase Four.

On The Day of Change, Alison popped in to tell Mountaineers that Aether was in the grid redirecting traffic away from Cole and Marty, and he was ready to access fire and rescue to register high gas levels so he could limit casualties. Port and Alison worked on a blinding charm to give low level protection to recruits and Cole and Marty[5].

After The Monarch Papers Edit

In Marty's "A Quick Check In", he told Mountaineers that Portencia was staying with Aether and Alison, the trio seeming to live together happily. According to Martin, Portencia and the others struggled to use their powers after the Day of Change, stating that "whether it’s trauma, decompression, or the fact that whatever we did last year used up most of what’s left of magiq here, I don’t know. If adepts really do eat magiq to use their power, makes sense." 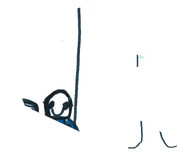 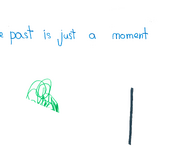 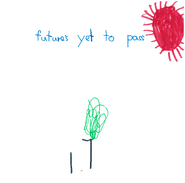 Add a photo to this gallery

Retrieved from "https://magiq.fandom.com/wiki/Portencia?oldid=2238"
Community content is available under CC-BY-SA unless otherwise noted.