Teddy is an employee of Kemetic Solutions who worked to open a door into the magical world.

Teddy speaks with a Southern accent, often slowly and with emphasis. He works with Kemetic Solutions in retrieving and experimenting on magically adept individuals, suggesting that he has few moral qualms. Despite this, his personal logs indicate he does feel some sense of remorse towards his subjects - noting that he hopes to "do better by" Aether than he did an individual from his past[1].

Teddy first appeared in Fragment Ten in a video altered by Aether. Recruits could hear him calling Aether and requesting to meet, then him asking Aether to use magiq to peer into his phone's camera. At some point Teddy told Aether, "I believe you could find a family with us. A family, Aether. Perhaps for the first time in your life. No, we have no interest in changing your mind, but with your mind, we will change everything[2]." He then kidnapped Aether and took him to Kemetic Solutions' underground facility where he tested Aether's magiqal abilities. Using the materials from Fragment Four - Brandon Lachmann's path to escape to the magiqal world - Teddy hoped to open a door into the world of magiq[3].

On April 27th, in an experiment in which Teddy asked Aether to use his mind to envision a door and to tell him about it, Aether attempted to escape. Using his power to manipulate technology, Aether was able to leave his body behind and enter Kemetic Solutions' computer systems, much to Teddy's fury. While inside of the system, Aether leaked some of Teddy's experiment logs.

The logs revealed more about Teddy's motivations. He was obsessed with following the path of Brandon Lachmann, who opened a door to another world. After an ancient Etruscan arch had been uncovered, he became obsessed with opening it in the hopes of following Brandon's path. To do so, he transferred all of the captured adepts to the project. Using a magiqally powered chair, Teddy attempted to strengthen the adepts' powers so he could manifest the door, an act which harmed the adepts while failing to produce any results.

During Fragment Eleven, Teddy was obsessed with tracking down Aether's digital form and return him to his body. During Aether's escape, he said “Aether you remember what happened last time don’t you?” indicating that Aether had tried to escape before[4]. Although Teddy was hot on Aether's trails while he attempted to gather information, he was unsuccessful in bringing the boy back to his body. Because of this, he devised a plan involving Whistler - an employee at Kemetic Solutions, by manipulating them into believing they had been in an accident that led them to break out of their mind control.

In Fragment Twelve, Teddy allowed Whistler to think that she had some autonomy, having her contact the Mountaineers and pretend to be an informant who had been freed from Kemetic Solutions' mind control after an accident[5]. In reality, Whistler was Sacha and this was a ruse to lure Martin Rank to the headquarters so he could capture him and use him to lure in all manner of magiq. Martin was a well and would be extremely useful to Kemetic Solutions. The danger to Portencia and Aether was a risk Teddy had made to bring Martin to him and the palace made of doors. While Teddy was talking to Martin, he believed that Sacha had helped trap Aether in a firewalled cell. However, Martin revealed that Aether had never gone with Sacha, he was still in Martin's earpiece and had been using the past ten minutes to transfer gigabytes Kemetic Solutions' data to a secure location. The transfer had caught the attention of the Storm, which Teddy realized as he began to panic. The Storm arrived, causing untold damage to the building and its inhabitants.

After the Storm attacked Kemetic Solutions, Teddy's fate was unknown.

After hacking into Kemetic Solutions' systems, Aether was able to retrieve some of Teddy's logs[6]. 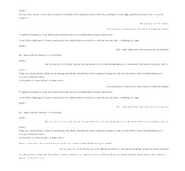 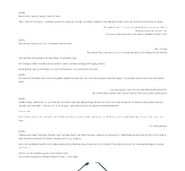 Add a photo to this gallery

After the Storm had attacked Kemetic Solutions, Martin revealed that the Silver had done a complete cover-up of the organization's destruction. Locals in the area believed that the building had been vacant for several months, but the company had moved offshore when a flood had destroyed it[7]. Within the surviving files from Aether's data dump, several years before the events of The Monarch Papers, Teddy had brought in his own son, Nate Fallon as "Wanderer." In addition, he not only knew about the Storm, but was researching it[8]. Believing Fallon held the secrets to defeating the Storm, Martin took a flight to pursue him, on a tip from Benefactor about his location[9]. Fallon was in a building north of Boston[10].

Arriving at Teddy's estate, Martin was able to gain entry by pretending to be Dr. R.K. Adler[11]. Adler was revealed to be a world-renowned therapist specializing in cognitive rehabilitation, brought in to treat Teddy for his sudden memory wipe[12].

In order to recover his lost memory, Recruits suggested that he attempt the Consolatory Teatime for Misplaced Memory spell on Teddy, like they had done previously on Augernon[13]. The spell was successful and, at first, Teddy believed that Kemetic Solutions had won and that Martin was trapped in his custody. The two argued over his involvement with the Silver, with Teddy stating that they did what they did for the greater good. Martin asked about Wanderer - Teddy's son, Nate - and asked Teddy if what happened to Nate was a good thing. Teddy responded that it wasn't the Silver's fault, it was his. Teddy informed the Silver that his son was an adept and, while they were interested, they didn't ask for him at first. During this time, Teddy and his wife, Ava, were seeking the sixth novel of Saverina’s Canon. Nate, wanting to help his father, retrieved the book from another period in time, but at the cost of accidentally 'unhooking' Ava from the current timeline. Weeks later, Nate was able to retrieve his mother from the past, but she had already died, alone. At that point, Teddy surrendered his son to the Silver, who told him that Nate could be 'cured' of his adeptness by extracting the powers and that they would use Nate's gift to cure others. The Silver ha lied to Teddy and, in reality, they killed Nate to feed his powers to the Storm so that they could steal magiqal artifacts from the past.

Teddy told Martin that he knew why he was really there - to find a way to stop the Storm. He argued that he didn't have a choice, that people either worked with the Silver or they were destroyed. Martin argued that it wasn't true, that there was another way, but it required not being afraid. Teddy ultimately told Martin what he knew about the storm - that the Silver told the part of Nate that still existed in the Storm stories about lost artifacts so that Nate would retrieve him. The remnant of Nate thought he was making his father proud. However, a part of the storm, the eye, had told Nate that it couldn't remember a way for it to be stopped, except if the entity controlling it told it to destroy itself. After Teddy told Martin what he knew, Teddy's aides walked in and said that they didn't know who Martin was, and that the real R.K. Adler was supposedly a "she." Teddy said Martin was an old family friend who was just leaving, and sent him on his way[14].

The fate of Teddy after the destruction of the Storm is unknown, though it likely had no impact on Teddy's mind[15].

Retrieved from "https://magiq.fandom.com/wiki/Theodore_Fallon?oldid=2018"
Community content is available under CC-BY-SA unless otherwise noted.